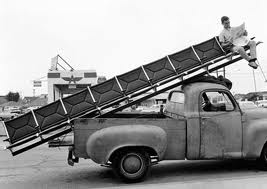 ok, I know I'm the only person in the world who doesn't have real internet. And to be able to type while sitting on a deck and drinking beer and listening to owls and freeway at the same time is just TOO COOL.


Enroute today I had the excuse to make these 2 videos. The first is of what seem to be Eames chairs at the Sacramento Airport, the second the shadow of date palms at the Burbank airport.  Both are really just experiments in framing.  Compositionally I feel like I'm getting a little better at this, though, sheesh, I have no idea. It's the found sound that makes me happy.

I find travel truly magical and rejuvenating. It's superduper that I have no job to go back to, that I can just be here now. The real question I need to answer is how can I take the place I live and make it this interesting (at least to me- I realize no one else in the world probably finds these videos interesting....)

Posted by molly painter, esq at 8:05 PM No comments:

shall return and edit

Posted by molly painter, esq at 7:31 PM No comments: 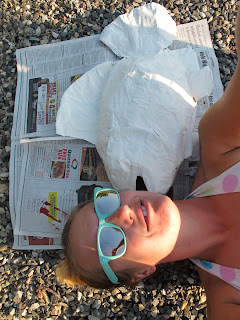 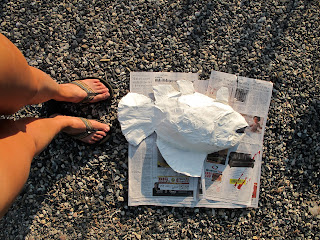 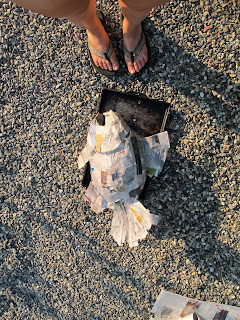 So, I wanted to have some paint tests done for my meeting with my mentor after I visit L.A.  However, though I finished more than this, it just barely got my juices flowing.  Now that I'm 3,000 miles or something away from my studio I have all sorts of better ideas of how to make things work.  Ah well, such is life.

For awhile I did a photo series of dead things I would find (fish heads, dead snakes, etc.) and my feet.  As I was shooting these yesterday it came as a complete surprise. Paper mache dead things. Anyway, I met another friend who was also taking pictures of her feet, but not with dead things.  I decided she should really be entitled to the feet with things gimmick.  So, this is a shout-out to Angelina Martin.

Posted by molly painter, esq at 7:18 PM No comments:

So, last week I conned a new friend to coming to film in a crowd full of Catholic children during the annual Sausage Fest.  I wanted to film (and I did, I just didn't end up liking the videos too much) the water related activities, like the duck pond and the fishing pond, which are perennial favorites.  Folks have been playing with and in these same hand-painted booths for decades now.  But, unlike the county fair, I found this strangely underwhelming.

Posted by molly painter, esq at 5:09 PM No comments:

I have an action figure. 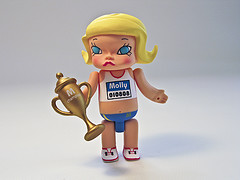 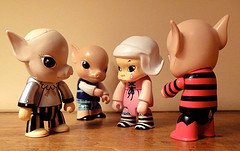 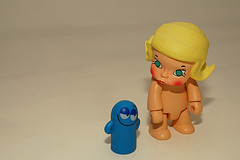 So, I admit that I google imaged myself.  And look what I found!  This is one of those situations where I realize my years of art school training should prepare me for how to utilize this opportunity.  But instead I'm more like "I must work harder to make sure my art work continues to be how I'm represented in google images!  I must make sharks!  Big Sharks!"

From now on when people ask me if I've looked at the work of Mike Kelly I will be grateful they aren't asking me if I've actually painted an action figure of myself...

Ok, I hereby proclaim my desktop cleaned off.

Posted by molly painter, esq at 9:11 PM No comments: 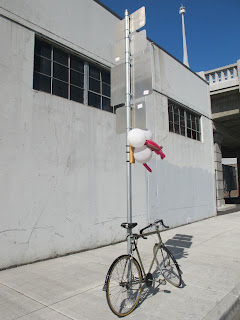 So, I thought I would throw up some before/ after shots of the balloons down on division. You can see that the balloons treated with the product that is supposed to extend their helium holding abilities also makes the "finished" ballon really look even more eerily like a used condom.
I enjoy this route of working, but have to admit I haven't made time to do any more experiments with it.  More, I go around observing sights and thinking "oooh!  Balloons would look AMAZING there..."

I have found another photo trick for this, as well.  One that doesn't require video.  Hopefully.

you figure it out. 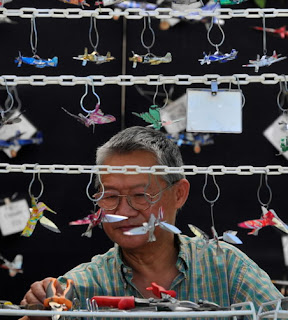 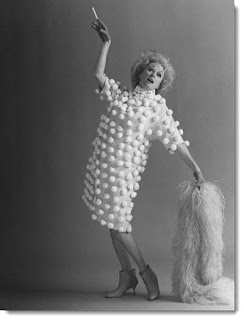 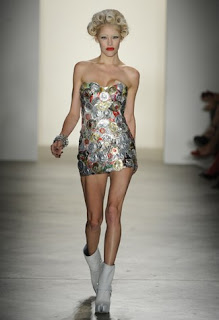 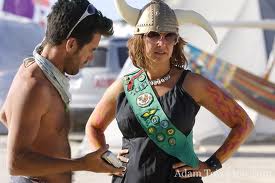 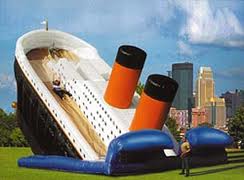 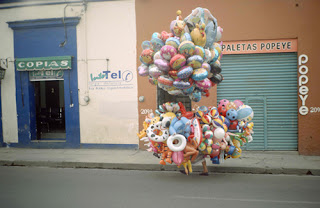 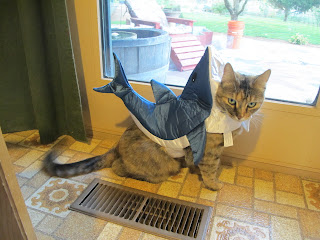 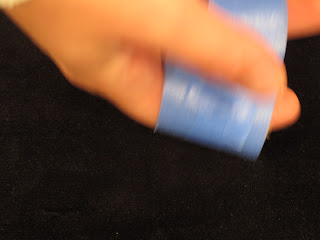 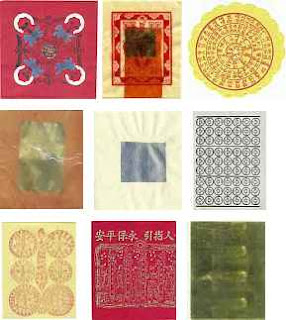 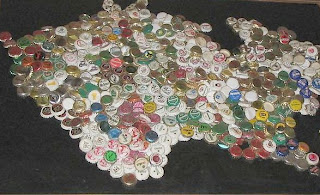 that cleans off the desktop....

Posted by molly painter, esq at 7:15 PM No comments:

So, this was the nearly forgotten masterpiece that wouldn't upload at first.  I think my favorite part is the reflection of the carnie who is trying to persuade the kids to use the fishing pole (if you listen to the audio) instead of using their hands. Of course, the accidental resemblance to actual fish schooling or bait balls is unintentional by the carnie, but super-awesome none the less.

(I hope there isn't an add for google or calvin klein bras or something before that upload.  The things I don't know how to control...)

I watch underwater nature programming to comfort myself in times of strife, especially Mr. David Attenborough's Life Series (more about this soon).   I also recently got to enjoy watching the Vaux Swifts converge on the chimney at Chapman School in Portland, Oregon (though I did not shoot this video).

These swirling masses of the same sized objects remind me of how my brain often feels, and that reminder is remarkably comforting.  I think it should be alarming, but instead I'm grateful to see, physically embodied, the electricity in my brain. Notice how there are almost always a group of swifts, or sharks, that are segwaying off to the side?  But they are still moving with purpose.  That is also a very accurate visual metaphor...

So, about 10 days ago I worked the Benton Franklin County Fair beer garden as a volunteer.  We broke records of $5 pours of local wines and Coors products (booo... but at least I got to collect bottle caps...) in our tight red, rhinestone bedazzled shirts and fancy break-up boots (the two ladies I worked with were in their 70's and super impressed that I could use a winekey).

I couldn't remember the last time I had been to the fair, and there will be a whole blog on the fancy 4H rabbits and birds and the little girls asleep with their cows, but this first blog should be about how the fair relates to my work.

When I imagine a home for my work it's in a scenario like the county fair.  Where there are booths for information on everything from post-partum awareness to rural electric emergency preparedness, and strange collections of creatures and multi-cultural fried foods.  There should be lots of games with no particular rules but most of which utilize things like balloons or empty bottles or wind-up fish for which you win things like squid hats.  And rickety rides with hand-painted backdrops.  There should be scrip for beer.  There should be all sorts of strange flying light up insect replicas.  The belly dancing demonstrations could be right next to the get out the vote campaign.

This will be an interesting contrast to Platform Art Fair in L.A. at the end of this month, which I somehow think will not include me seeing how many elephant ears I can eat in an evening (3, so many different textures from the different booths- everything from crunchy like cracker to molten like sunken soufle to just the way it should be- stretchy, starchy, dough like fried pizza covered in partially hydrogenated liquid magic and covered in cinnamon that did not come from a fancy spice store.).

I walked around the fair after the beer tent closed, and because I was filming I felt like I was in this silent, still bubble surrounded by marvelous, vibrant, fast moving people.  I really need to get a comfortable tripod, or use the gopro in such situations, because I'm often standing on my tip-toes, which makes me have to rock around to get these shots.  Would it be less noticeable if I had a helmet camera mount on?

I'm not sure if I'm making art when I make little videos like this.  I'm certainly not in control to the extent that I would like to be to know for sure that it was "art."  I have so much to learn about how to make a good video.  Instead they are more like moving stills I would have stuck into a "sketch" book in college in 1999.

I went out for a beer with a technical engineer friend last night, and he caught the last little bit of the last upload. He said something like "I see the video, but I don't know what it means."  Which cracked me up- why does it need to mean anything?  Or do anything?  It's just a thing- a preserved idea. Oh, so much to think about how to premise.  It's meaning is the magic...

Posted by molly painter, esq at 7:58 PM No comments:

So, this is the only video I could find with the audio I wanted.  And it is a strange, strange montage, which I am happy to tell you I did not spend 6 minutes watching.

"I told just about everything there was to tell about it- how come, why, what for, but you know what I always used to neglect to explain was the significance of the pickle."  And, though the pickle features in the rest of the song, it's not exactly what is "significant."  The pickle remains a red herring. That seems like the just about the perfect way to write about art- all the details, but revealing none of the mystery.

Also, if this isn't discursive, I don't know what is.
Posted by molly painter, esq at 10:54 AM No comments: