Posted by molly painter, esq at 9:55 PM No comments:

I've been thinking about how advertising memes makes us happier.  For example, the "enjoy" on a certain cola. Or the punch lines, like "the man your man could smell like (I'm on a horse)." 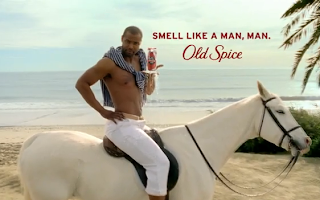 Or even things like this, that just, basically, tell us to be happy. 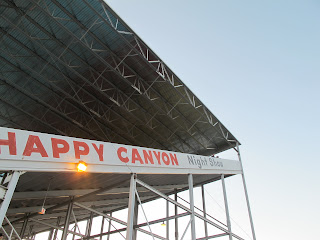 Or places like the drive-in that only exist to make us happier. 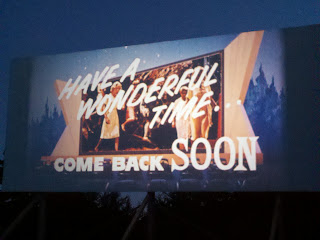 Mike and I have been sharing an awful lot of memes this week.  Like "Sh*t Ultra-Runners Say" or "Charlie the Unicorn." But, strangely, I wonder if I will actually associate the meme with itself, or instead create a memory based instead on the shared in-joke shared later halfway immersed in the Pacific Ocean on boogie boards.
Just a little speculation.  I'm sure it will come to something.  Like waves, I'm learning to harness my non-sequitors. Kinda.


Mixed Lollies, a group which likes to do impromptu stree performances as sharks in Australia.  According to their website they also use shiny, slippery, scooters.  There are also images of their younger ballet group dressed as sea anenomes... 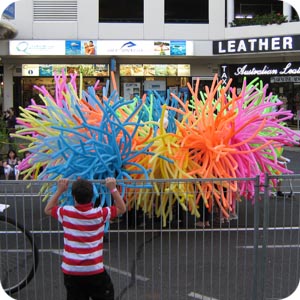 Also discovered the Whale Shark Festivals of Mexico (they do everything I want to do down there...) 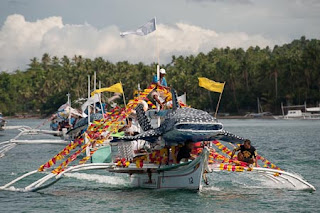 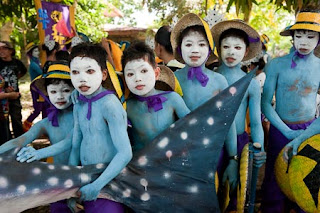 The website with these images described the parade a "fluvial."

When I was in undergrad, the last night before coming home from college for christmas for the first time, I painted my whole body with pthalo blue acrylic and chained myself to a rendition of the golden gate bridge. Yes, naked. And blue. 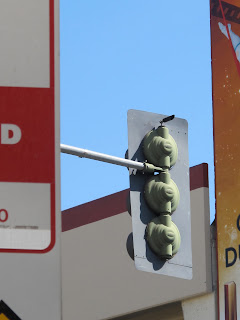 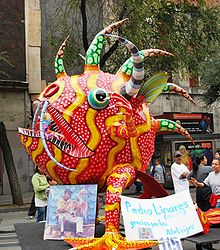 While I was down in Los Angeles I became a color fiend again. Everything was so dry and yellow.   Been trying to decide if I want my sharks to be, well, shark covered, or if I want them to look more like this guy.
At Art Platform there was a lot more color than I expected.  There were also a lot more naked super-models having horrible things done to them.  But I know what's going to stick in my brain is the conjunction of the blue sky and the grey ocean and the white sand. The Diebenkorn strata of the hills. The overwhelming greens and pink of blooming gingers.  Pomegranates crashing open on the sidewalk, bleeding purples.

What to do with videos.

So, I've been shooting all these relatively tedious videos, and become mostly interested in the strange sounds that they contain.  I like this one, especially, as it's almost a classic still life, and Nirvana is playing.  There's this funny sort of peace implied by the image and this odd nostalgic anxiety by the music.  In my memory the bar is very quiet, but according tot he camera it's quite loud.  And, of course, it isn't peaceful.  I'm jonesing so hard for that cup of coffee...

So, I intend to try to limit the filming, try to make more like this, more still life sorts of adventures.  We'll see, it's all only experimenting.  Also, I really like that the whole things gets abstracted by being turned sideways.
Posted by molly painter, esq at 9:10 AM 1 comment:

While I was down in Los Angeles I was lucky enough to get to go to a Wilco concert at the Hollywood  Bowl. The concert was amazing, and I was struck by how much the bowl looked like the photophosphorescense from the bottom of the sea. Both of these are short, and you get a little Wilco fix.
Posted by molly painter, esq at 8:48 AM No comments: 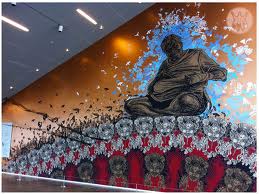 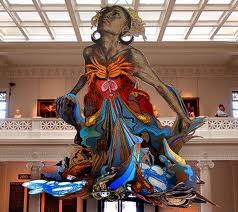 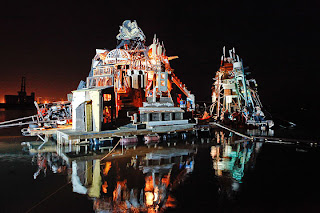 Callie Curry's installation has been one of my favorite things about visiting Boston. Today, in researching her to share with my mentor, I found these great new images, including 2 of her boats with which she raided the Venice Biennale in 2009.  I highly recommend the TEDx talk, very hopeful and lovely.
Posted by molly painter, esq at 6:35 PM No comments:

Dagon fish heads & how to hug a shark. 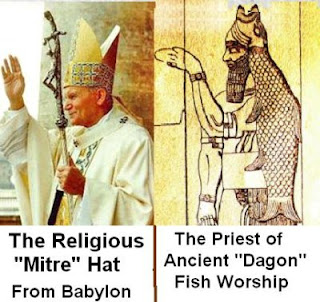 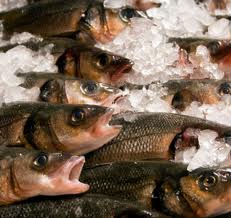 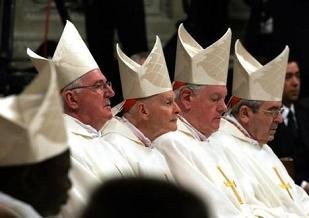 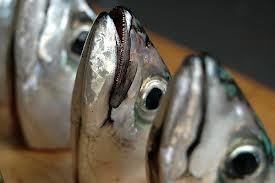 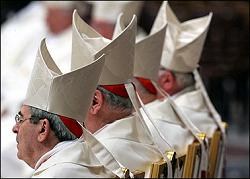 So, last night I began to research cultures that worship fish.  And I came across this whole website relating the mitre to the fish head, which I very much appreciated.

More importantly I learned about trout tickling and noodling, both practices that are frequently outlawed, but seem to me to be the only way that the fish and the human almost interact as equals.  The human stands on the bank and gently coaxes the trout into a trance, where they can be easily grabbed and thrown out of the water.  No hooks involved.  Noodling requires using the fisherman's arm as the "noodle" bait for a catfish.  Also no hooks.
which then brings me to this BBC video about hugging sharks in chain mail.

Dreams of Pinatas in Portland, Or.

Wow, you could do so much more with this idea, right? 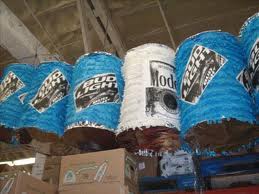 This bad by is 20 feet tall and created by Jennifer Rubell, another participatory/ food style artist. I recommend her website- http://jenniferrubell.com/ 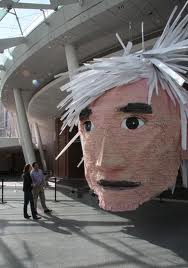 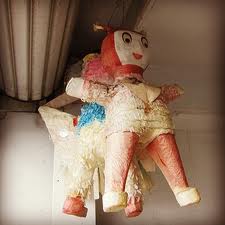 So, the hair on this guy is made from sausage balloons, a technique I'll have to remember. 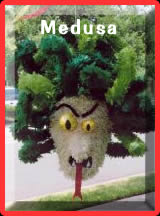 These are actually called "mojigangas," and are more along the lines of technique I think I'm moving into.  Less crepe paper, more articulated paint. 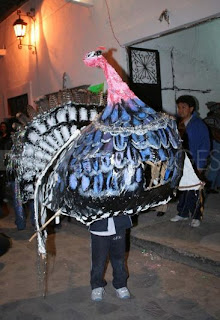 Also, I really like the combination of fabric with the painted surfaces. 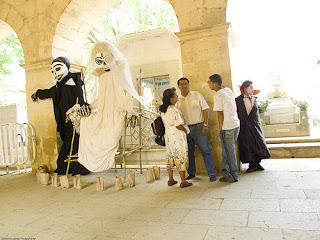 As for the history of Pinatas-  apparently they were adopted into Meso-American culture much the same way Christmas trees were adopted in European culture.  When the Spanish missionaries arrived they found that there was already a  tradition of bashing an image of the left-handed hummingbird god Huizilopochtli to receive prizes, similar to a tradition of breaking open a ceramic pot filled with candy at the end of Lent in Italy. A 7 pointed paper "pot" was created to represent the 7 deadly sins, which was then broken open by a blindfolded, devoted, follower.