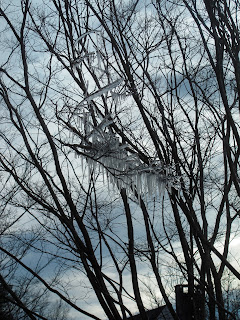 I'm pretty sure that when I slipped and hit my head on the way to the studio that I had a concussion. For sure I made interesting decisions that day.  I made a screen of the sardines that I couldn't get to work properly, so I decided to cut down three 60 foot rolls of butcher paper and print all the little fish on the vandercook.  First of all, I tore down all the cheap paper, which in my hazy state was fascinating... 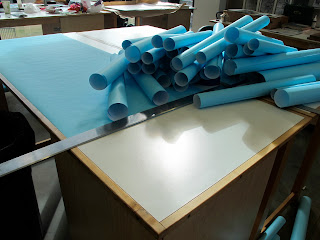 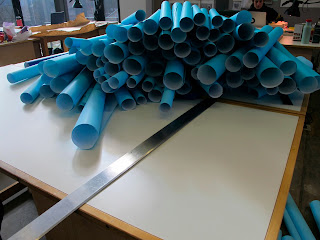 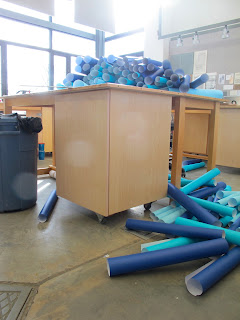 All trimmed down it made quite an intimidating stack... 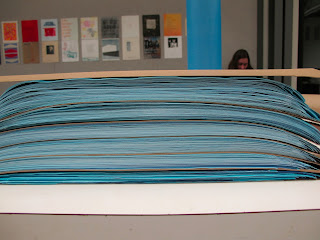 Did I mention I strained my wrist on the way down?  Don't worry, the blue is from the ink. 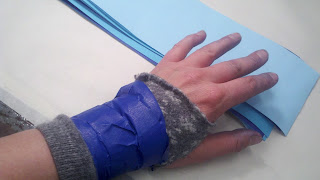 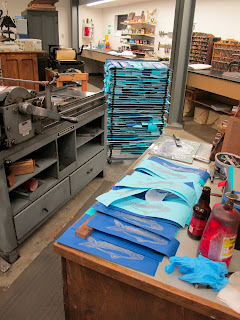 Those several hundred fish added to the school. 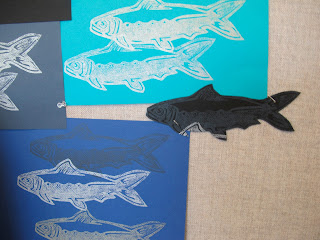 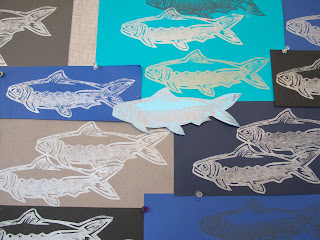 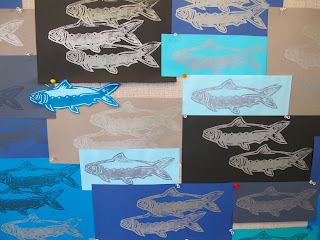 Miss Sparks getting overwhelmed by a portion of the new school. 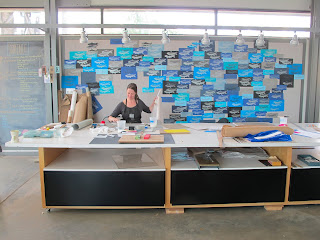 Playing well with other ephemera. 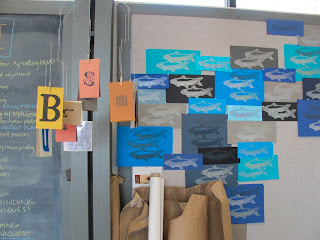 I'm not sure how the final install of these will go.  While I was making them I was thinking that they would decorate the walls of room 301. But part of me wants to cut them all out of their enclosures laminate them and create a curtain or chandelier from the little guys.  So many decisions.