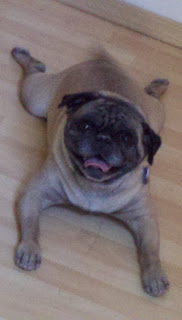 cuter than feminists and post modernism, let me tell you. (Craig Owens.)
and "the Myth of the Other: China in the Eyes of the West" (Zhang Longxi)

There's a couple of great lists that are quoted in these 2 papers-  1, from a Chinese encyclopedia (which this paper claims as being obviously untrue) is for classifying animals:
Animals are divided into: (a) belonging to the Emperor, (b) embalmed, (c) tamed, (d) suckling pigs, (e) sirens, (f) fabulous, (g) stray dogs, (h) included in the present classification, (i) frenzied, (j) innumerable, (k) drawn with a fine camelhair brush, (l) et cetera, (m) having just broken the water pitcher, (n) that from a long way off look like flies.
And second, the way white men (a prominent male critic) look at women and minorities: "Ethnic groups, neighborhood movements, feminism, various "counterculture" or alternative lifestyle groups, rank-and-file labor dissidence, student movements, single-issue movements."

Look, no one understands being chinese except the chinese, and only then if they bother, and I don't know very many women who've spent a lot of time thinking about their femininistsishness. I think it's silly to believe that either westerners are supposed to be anything except what they are, and that men are supposed to be anything except men. Phooey! Why aren't I being given the chance to understand chinese as chinese, women as women, and stray dogs as stray dogs...

ok, actually, I know you're suprised, but I have nothing to say to this article. I read it, it's oddly structured, and that's about all.  The thing is, this topic is irrelevant.  I love the Musee D'Orsay, I'm glad there is a furniture section, I didn't find the space confusing, and it's all good!

Believe it or not, that's a whole beer. And Bacon Pretzels. Whereas the former was one 12 oz americano.
Posted by molly painter, esq at 7:29 PM