So, here is the baby shark and I the day of the smashing. I had been working on the embroidered mask pinata for about 20 hours by this point... 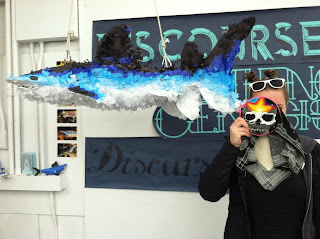 The night of the Smashing, I gave the baby shark a final farewell... 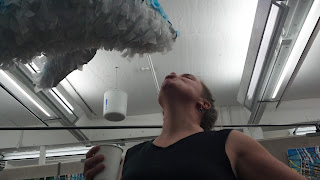 The original attempt to smash was given to the wonderful Stacey, whose paintings you can see sporadically in the background.  She is such a lovely lady, and such a ham.


Then came Lydia, who I don't have images of because my camera was still lost at this point.  Then  Mandy, 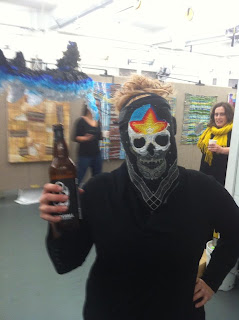 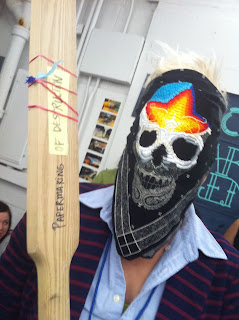 That is the magnificent Steph doing the boxing.  She's my latest hero.  Here she is, sitting in the confetti. 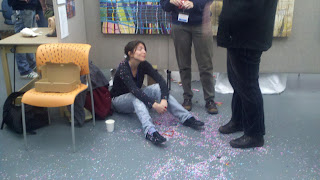 Besides Sarah, who did all this fabulous filming on her iphone, since my camera was awol. But then when she (Sarah) asked whether my camera had been returned it magically appeared! So all was right with the world! 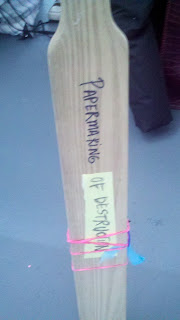 And then, Serendipitously, Molly Yergens needed a hair cut. 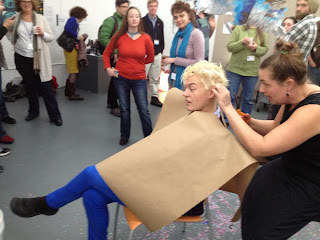 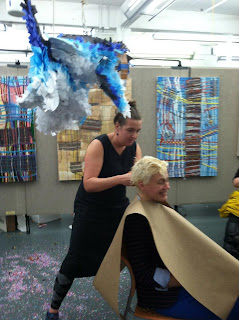 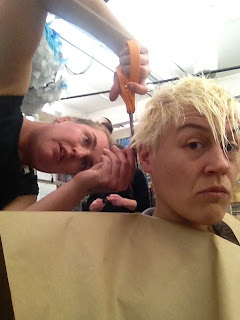 It turned out alright, and less performative than one might have thought.  If you want people to know that you are done smashing a pinata, I suggest giving someone a haircut. Apropo of nothing!