How you'll be remembered if you become a famous artist. 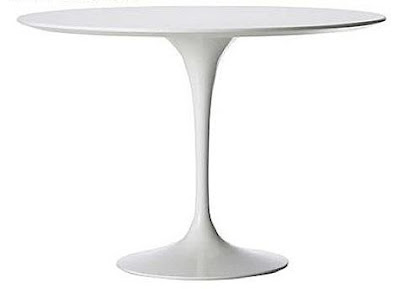 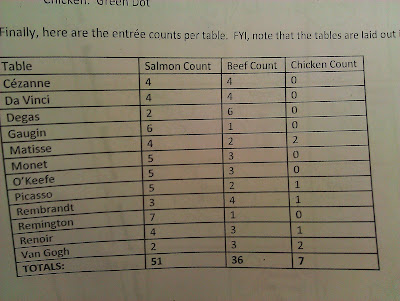 My friend Michael, who works in a variety of catering capacities at the Seattle Art Museum, sent me this image of the donar table list. Wouldn't you hate to be the one person to order the beef at Remington's or Gaugin's table?

Lately I've been watching all these science fiction films, and noticing the what I assumed were Eames furniture items featured in them. Especially the white table (2001 A Space Odyssey, Soylent Green, Solaris...) which you could practically place bets on how long it would take to show up in "the future." Surprising to me, it's actually an Eero Saarinen from 1956. "The underside of typical chairs and tables makes a confusing, un-restful world," explained Saarinen. "I wanted to clear up the slum of legs."

However, the blue chairs which show up in the helicopter control booth in "Superman" are all Eames all the time.

Anyway, those are my not very deep thoughts involving tables (and chairs).
Posted by molly painter, esq at 8:58 PM